In order to better explain the DirecTwist technology developed by AGTEKS, first of all, it is necessary to talk about yarn, twisting and doubling technologies. In addition, it is useful to express the benefits of doubling and twisting.

What is twisting?
Twisting is called when the fibers are wrapped around an axis (yarn axis) in order to provide resistance against the tension forces that the yarn will undergo during fabric formation.

For example, in weaving a fabric, two different types of yarns with both “S” and “Z” twists are used in the warp, and therefore, a patterned fabric is obtained due to the reflection of the rays in different ways from these yarns.

* We can classify the twists according to the yarn count as follows;

* Twists according to the number of twists;

Doubling and Twisting on Two for One Twisting  Machine

The tasks of this machine are;

2- To gain strength by twisting the yarns from different bobbins

3- It is to wind the twisted yarns at constant tension and in the form of long-length bobbins.

4-Pre-doubling the yarns increase the efficiency in this machine.

While bobbin transfer process is required in ring, “2 for 1” and classical twists, it is possible to wind from bobbin to bobbin in the DirecTwist method. This situation affects the number of processes in the enterprise.

DirecTwist machines have been developed by designing the flexibility of ring twisting machines due to external feeding and the efficiency of the “two for one” method. 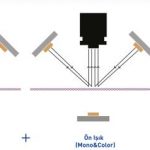 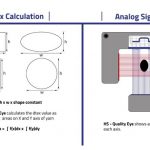